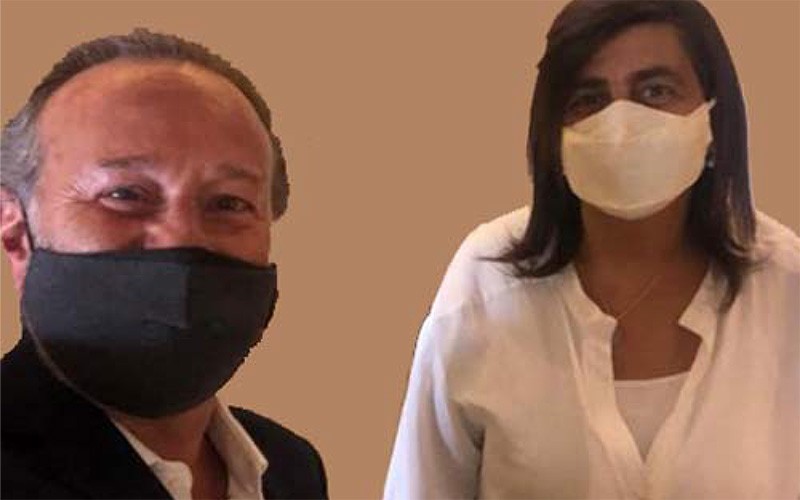 The GWTO Regional Director for LatAm, carried out his first enogastronomic tour, visiting the Province of Mendoza (Argentina).

The economist and expert in tourism, Pablo Singerman, stated “The main reason for the trip was to meet personally and officially present the OMET and its President, the Spanish José Antonio Vidal, to the highest representatives of the public, private and academic sectors related to Wine Tourism,”.

The Argentinean was received by Mariana Juri, Minister of Culture and Tourism of the Province of Mendoza, and member of the academic team of OMET Academy. “Of course the focus of our dialogue was the growing importance of Wine Tourism for Mendoza, for Argentina and for all of Latin America,” said the Regional Director.

He was also received by Sebastián Bragagnolo, Mayor of Luján de Cuyo; Fernando Barbera, President of the Gastronomic Hotel Association of Mendoza (AEHGA) and his team; Marcelo Montenegro, Vice-president of the Mendoza Tourism Entity; Mariano Alguacil, Director of Tourism Development of the Ministry of Tourism of Mendoza; Javier Espina, Coordinator of the Federal Council of Tourism of Argentina Republic (CFT); Sergio Villanueva, Executive Director of the Wine Fund; Magdalena Pesce, Ceo of Wines of Argentina (WOFA); Analía Parra, Director of Tourism of Tupungato; Ignacio Stabio from the Technical Team of the Tourism Board of San Carlos; Elizabeth Marincak, Director of Tourism of Tunuyán; Walter Bressia, Director of Bodegas Bressia and Director of Wine Tourism of Bodegas de Argentina; Claudia Yanzón, owner of the Wine Bus and member of the Association of Women in Wine of Argentina (AMUVA); Romanella Paggi from Viajes Ketek, and the main representatives of the Argentine Wine Corporation (COVIAR) headed by its President José Zuccardi and Carlos Fiochetta (General Manager). He was also received by Miguel Zuccardi, in charge of the Olive Oil division of the Zuccardi Family, and by Rodrigo Lemos, Coordinator of the Ad Hoc Wine Tourism Association of Coviar and member of the OMET consulting team.

Singerman explained to all of them that one of the purposes of OMET is to strengthen the relationships between the private, public and academic sectors, to talk about the development of Wine Tourism both in Mendoza and throughout Argentina, as well as to express the importance of the creation of the World Economic Monitor of Wine Tourism, also under his Technical Direction, in cooperation with OMET Academy.

The tour included visits and meetings at several wineries such as Andeluna -with the reception of its Wine Tourism Manager Mariana Cerutti-, The Vines, Corazón del Sol, Giménez Riilli, Salentein, Rosell Boher Lodge, Santa Julia and Monteviejo, where he met with the successful chef Nadia Haron and her winemaker, Marcelo Pelleriti. He had the pleasure of tasting excellent wines and first class dishes at the restaurants Casa Vigil Bodega El Enemigo -together with its creator, Alejandro Vigil-, the Al Pasión Lodge and the Atipana mountain restaurant, among others.

“These were five very complete days that are now part of the beginning of the tours to Wine Tourism destinations both in Argentina and all over Latin America, in which a strong alliance was established with the promise of working in favor of the development of Wine Tourism”, Singerman stated. And he assured: “We are already receiving proposals from many destinations in order to visit them and continue this virtuous process of Wine Tourism growth. We are going to work together and collaborate so that the top experiences of Enotourism take place in Latin America and to deepen the training for the development of this segment of Tourism that is growing year after year”.

International network of knowledge and entrepreneurism that integrates both the public and private sectors, in order to contribute to the socio-economic development of Wine Touristic destinations. All the foregoing encompassed within an inclusive, supportive and sustainable governance framework aligned with the United Nations 2030 Agenda for Sustainable Development Goals.