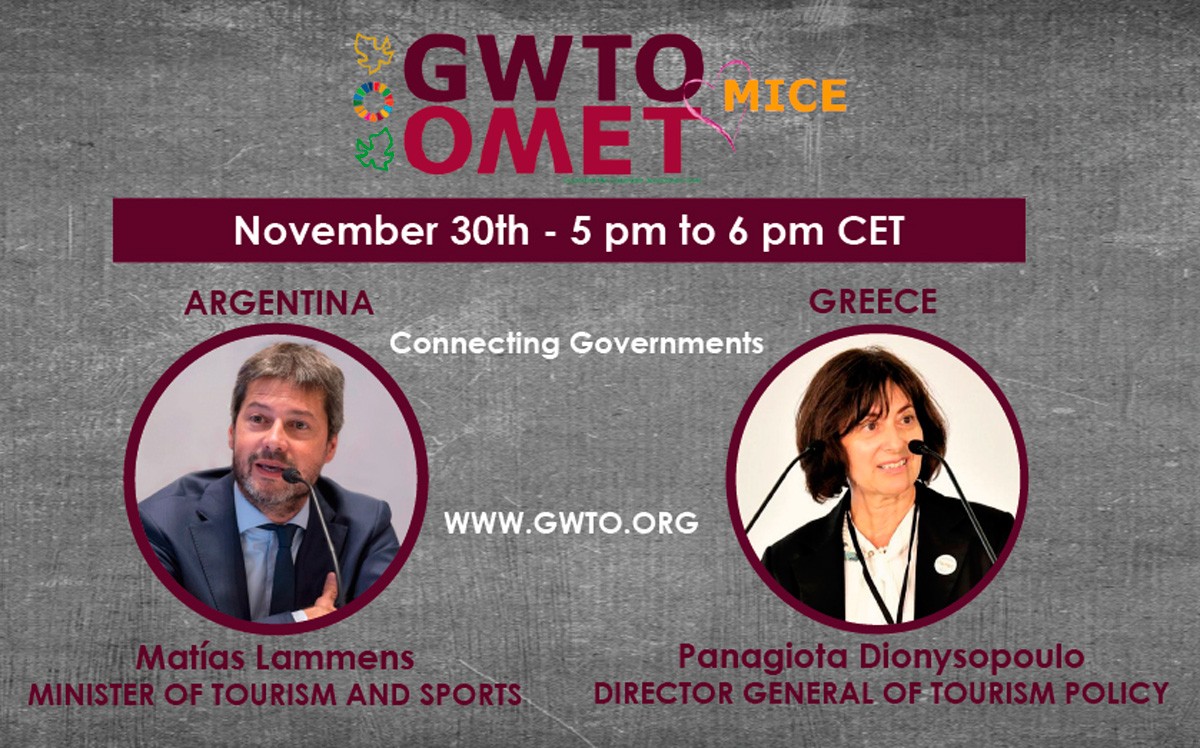 The first online round table within the cycle “The GWTO Circles” with public and private sectors authorities, organised by the Global Wine Tourism Organization (GWTO), will count with the participation of the Minister of Tourism and Sports of Argentina, Matías Lammens and the General Director of Tourism Policy of the Ministry of Tourism of Greece, Panagiota Dionysopoulou.

In the context of an informal reunion, both authorities will compare experiences and comment on their prospects for Wine Tourism in their respective countries following the creation of the GWTO, and will answer questions from both the organisers and the audience.

As a finishing touch, they will celebrate their adhesion to the GWTO by toasting to the future of Wine Tourism in both nations with a glass of wine from each other’s country.

The event will also be attended by the GWTO President José Antonio Vidal, the MICE Director Arnaldo Nardone (who will act as moderator), the Director of the Academy Coralie Haller, and the Regional Directors of Latin America Pablo Singerman and Eastern Europe Leonid Gelibterman.

It is aimed at central, regional and local Governmental representatives, media, tourism, wine and gastronomy professionals, social network influencers and consumers all over the world.

International network of knowledge and entrepreneurism that integrates both the public and private sectors as well as academic institutions, in order to contribute to the socio-economic development of enotouristic destinations, by means of domestic and global promotion, as well as enabling their professionalization through specialised education. All the foregoing is encompassed within an inclusive, supportive and sustainable governance framework aligned with the United Nations 2030 Agenda for Sustainable Development Goals.

We collect your public profile data only from your consent that you grant before initiating Social Login, from the social network used to login at our website. This data includes your first name, last name, email address, link to your social media profile, unique identifier, link to social profile avatar. This data is used to create your user profile at our website. You can revoke this consent at any time by sending us an email.